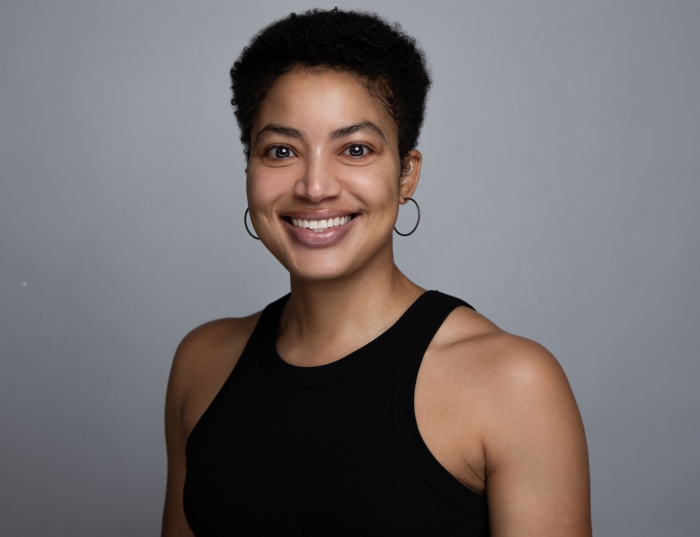 The University of Illinois Human Research Institute and Department of History present the Un/Doing Lecture, “Black Freedom on Native Land: Reconsidering Reconstruction,” by Dr. Alaina E. Roberts from the University of Pittsburgh.

Dr. Roberts describes her research interests as focusing on the intersection of Black and Native American history from the nineteenth century to the modern day with particular attention to identity, settler colonialism, and anti-Blackness. This specialization stems from her own family history: her paternal ancestors were Black and Native people enslaved in the Chickasaw and Choctaw Nations.

Dr. Roberts has written for mainstream outlets like TIME magazine, the Washington Post, and High Country News, and published academic essays in the Western Historical Quarterly, the Journal of the Civil War Era, American Indian Quarterly, Southern Cultures, and the Journal of the Gilded Age and Progressive Era.

In her first book, I’ve Been Here All the While: Black Freedom on Native Land (University of Pennsylvania Press, 2021), Dr. Roberts uses archival research and family history to upend the traditional story of Reconstruction, connecting debates about Black freedom and Native American citizenship to westward expansion onto Native land. As Black, white, and Native people constructed ideas of race, belonging, and national identity, this part of the West became, for a short time, the last place where Black people could escape Jim Crow, finding land and exercising political rights, until Oklahoma Statehood in 1907.

I’ve Been Here All the While was awarded the Stubbendieck Great Plains Distinguished Book Prize by the Center for Great Plains Studies at the University of Nebraska-Lincoln and was a finalist for the Los Angeles Times Book Prize in history.

Her second book will explore public history, memorialization, and the legacy of slavery and anti-Blackness in the Chickasaw, Choctaw, and Cherokee Nations.

© 2023 African American Heritage Trail | website by Surface 51
We use cookies on our website to give you the most relevant experience by remembering your preferences and repeat visits. By clicking “Accept”, you consent to the use of ALL the cookies.
Do not sell my personal information.
Cookie SettingsAccept
Manage consent