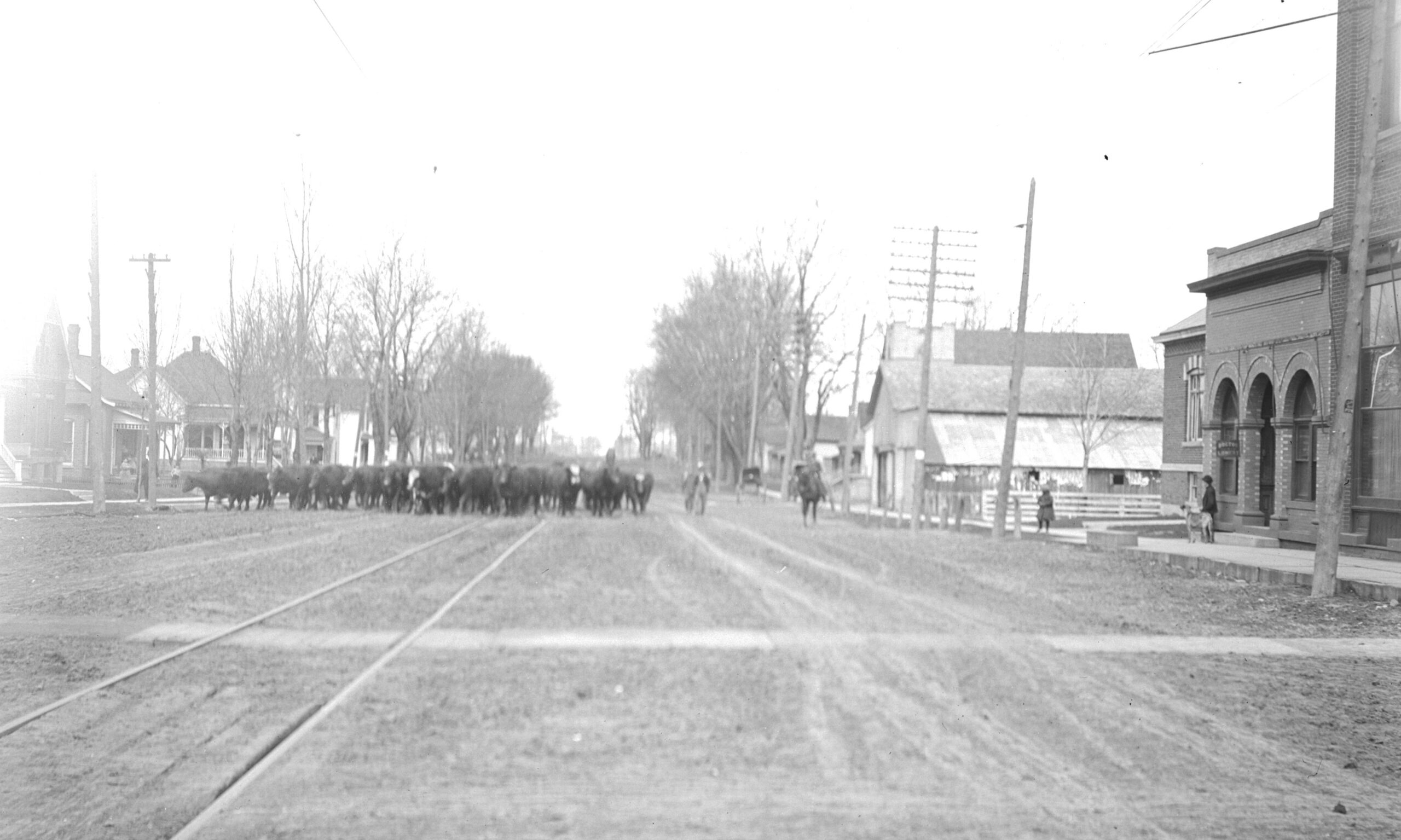 Before the famous Texas Cattle Drives, there were Black cowboys herding cattle in East Central Illinois. One of the largest cattle farms in the United States was located in southeast Champaign County: Ohioan Michael Sullivant's farm, Broadlands. Many African Americans filled the essential roles of cattle herding and farm maintenance on Sullivant's Broadlands Farm and other large cattle farms in southeastern Champaign and southwestern Vermilion Counties, as well as at Sullivant's holdings in Ford County. At their height, these farms sold cattle to the East, to the stockyard of Chicago, and to the Union Army during the Civil War. Additionally, African Americans were hired as cooks, standard farmhands and laborers, hostlers (caring and handling of horses and mules), and domestics. Farm and stock help were highly intermittent—with workers coming and going depending on the farms' needs—so the actual number of African American cowboys in Champaign County was unknown. However, the 1865 Illinois Census recorded nine African Americans working at Broadlands Farm: four women working as cooks and domestics, and five men working with the livestock and living in the large bunkhouse along with other “hands”.

Established in 1853, Sullivant's farm was named for the broad lands (prairie) it covered. At about 26,500 acres, it extended seven miles east to west, and six and a half miles north to south. The Bunkhouse and other outbuildings were located four miles south of the current town of Broadlands, which was named after the farm. Large scale cattle industry failed in East Central Illinois after an 1868 outbreak of Spanish Fever, a cattle disease brought from Texas, and the rise of the Texas Cattle Drives.

From the Timber to the Prairie: A History of Homer, IL, Vol. 1., Ray Cunningham, and Molly Spencer Shoal, [Homer Historical Society, Homer, IL, 2005]

The Gaines Family of Ayers Township

Anthony Albert Gaines (also known as Albert Anthony) arrived in Champaign County with his stepfather George Smith in 1876, assisting with the Smith Farm. In 1893, he married Dora Earnest Thomas, daughter of Jacob Earnest, and established a farm 2 1/2 miles north in then Raymond Township, becoming one of the major Black farms in the county. His daughter Helen and her husband Jessie C. Ward eventually took over running the farm. In 1999, the farm was still in the family with grandson Eugene Ward living there renting out the last acreage into the 2000s. 📍

The Smith Family of Broadlands

George W. Smith arrived in Champaign County in 1876 and purchased his first 80 acres. Formerly enslaved, during the Civil War he acted as a Union Scout in Tennessee. A noted stockman, farmer, and horseman at the time of his death in 1911, he owned 437 acres and was worth $3,717,800 in today’s dollars. His son William Walter Smith became the first African American to graduate from the University of Illinois in 1900. George’s other sons expanded and continued the farm. In 1983 the Smiths were awarded a Centennial Farm designation for being in the family for 100 years. As late as 2012 its last 160 acres were still under family ownership. 📍

The Trail relies on the generosity of private and public donations. With your gift, you help ensure that the Trail is a free, accessible experience for all. You also help make our vision—to inspire conversation, expand understanding, and contribute to a better society—a reality.
Donate Now
© 2022 African American Heritage Trail | website by Surface 51
We use cookies on our website to give you the most relevant experience by remembering your preferences and repeat visits. By clicking “Accept”, you consent to the use of ALL the cookies.
Do not sell my personal information.
Cookie SettingsAccept
Manage consent