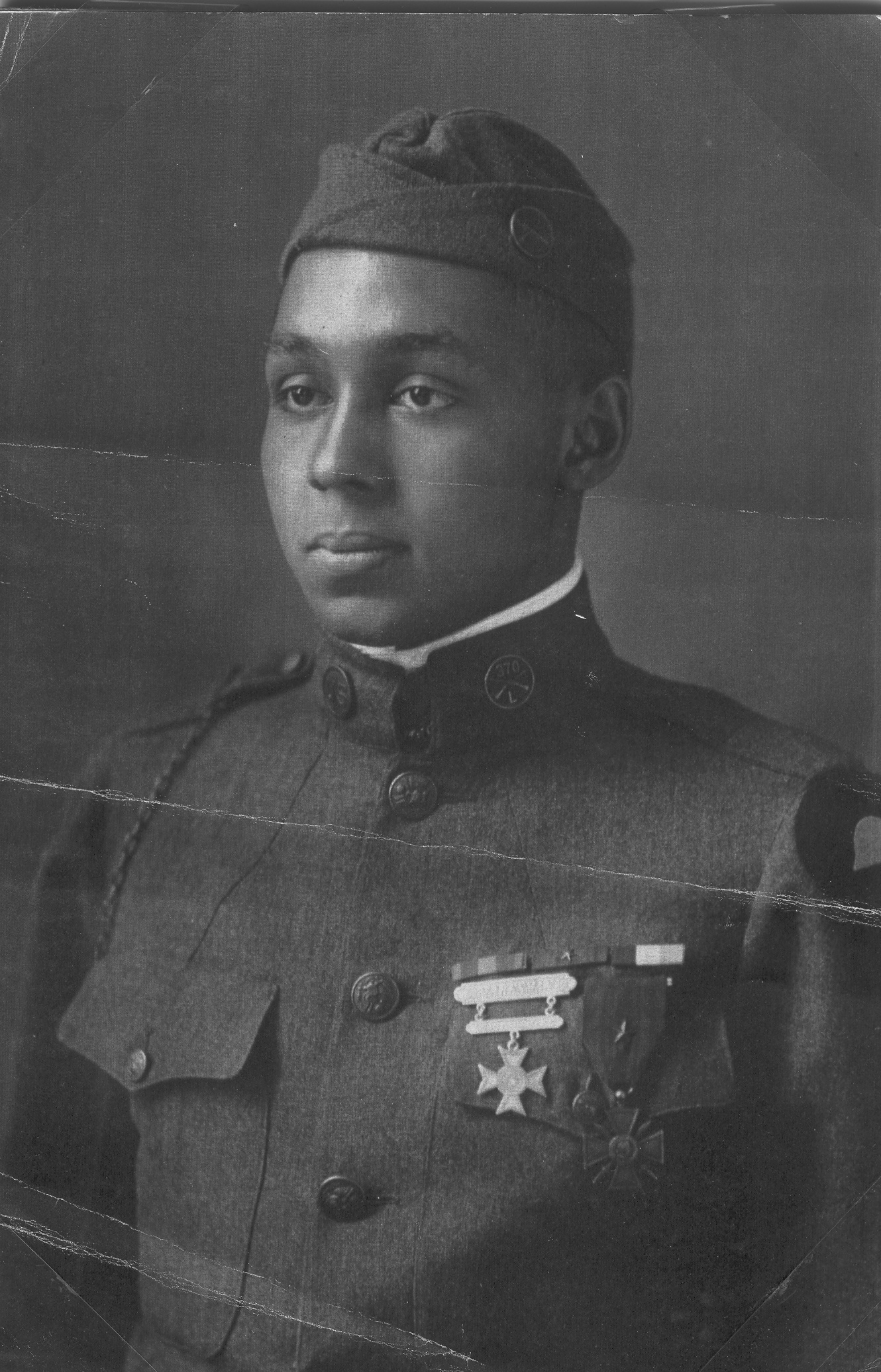 In August 1918, Cecil wrote to his aunt Clara Mae Allen on his relationship with William Frank Earnest. He wrote: “. . . You know Frank Earnest. He and I are buddies and have been together ever since we left Danville. His brother and a number of other Champaign boys are over here now. Also Roscoe Brewer. We haven’t seen any of them but have heard from them through the mail.

Well, answer soon, as I must go back to oh! I can’t say what as it is one of the restricted.

The Park and Center are named for the great African American orator and abolitionist, Frederick Douglass. In 1941, the Douglass Community Service Committee began an effort to raise funds for a new complex, to be built on two empty lots. Ground broke in 1944 and the Center was completed in 1946. The Center held classes in art, music, and sewing, among other activities. Athletics included adult softball, baseball, basketball, track, and tennis. The Center hosted many social events. One of the groups that brought national recognition to the Center was its Drum and Bugle Corps and Drill Team. In 1975, 200 residents protested the decision by the Park Board to demolish the old Douglass Center and replace it with a new gym. The group advocated for the old Center to be replaced with a new, full-service, comprehensive Center. After much discussion between the community and the Park Board, the “old” Center was torn down and a new Center was constructed. It opened on December 12, 1976. In March 1978, the Douglass Annex opened with a focus on senior citizens, and in 1997 the Douglass Branch Library moved into its current site. 📍