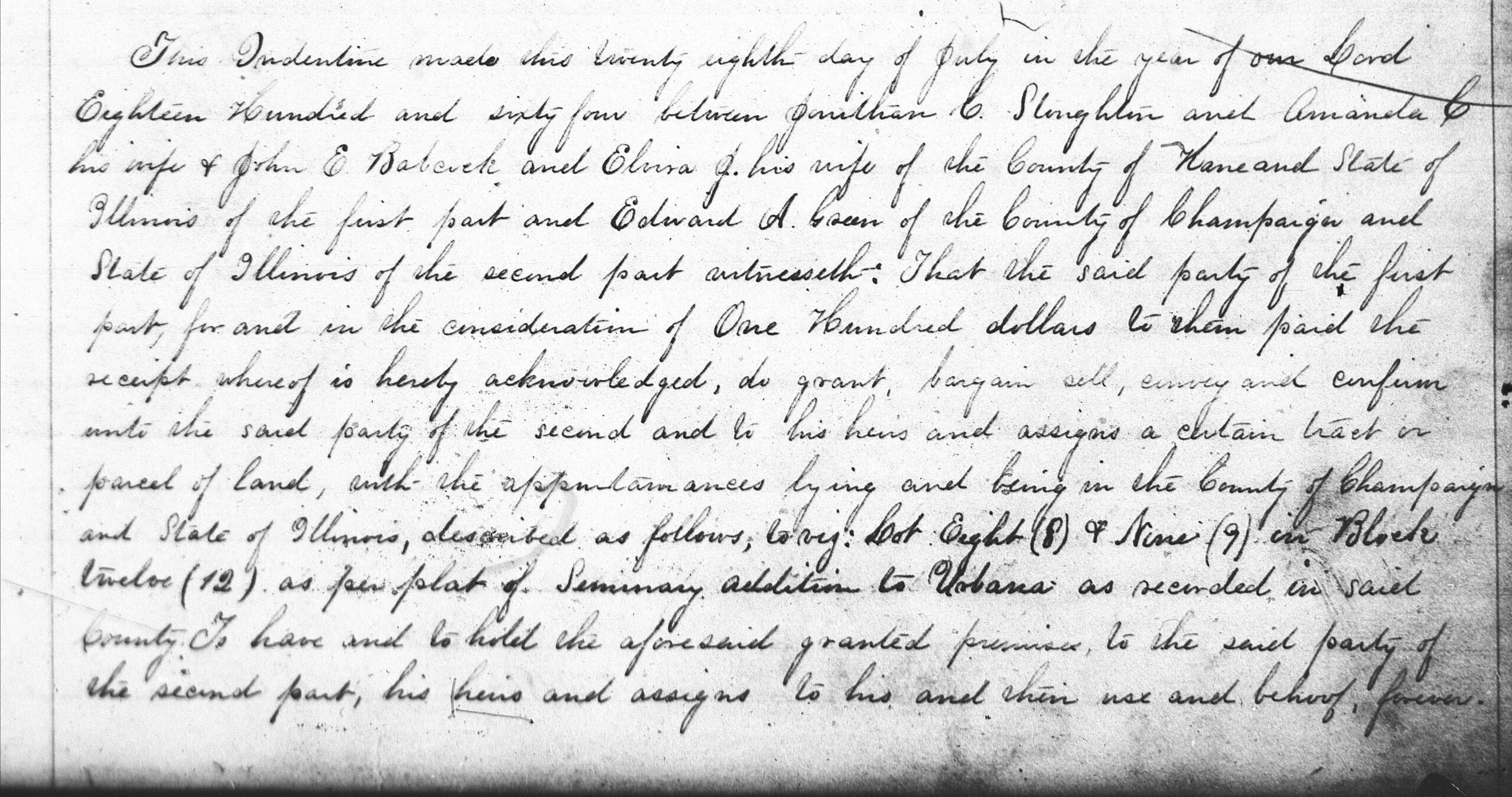 After the death of his first wife, Green married Eva Derousse of Champaign on September 18, 1865. They had one daughter, Gertrude L. Green. He was well-respected and was reported to have spoken at the 1869 Celebration of the 35th Anniversary of the British Emancipation at Colter Stewart’s Farm.

Green died on April 27, 1870, at age 53. His obituary stated that, “He was a good neighbor, a skillful and industrious mechanic and an honest man.” He willed his property to his daughters, though his older daughters returned to Ohio. His widow, Eva, married Charles Lewis a barber with his own barbershop at 25 Main Street in Champaign. She became a noted hairdresser to the upper middle class. In 1885, they lived at 211 East University, Champaign. When Gertrude came of age in 1887 she obtained sole ownership of the remaining property, three lots on what is now Vine Street in west Urbana. Eva’s second husband died of a stroke in 1890 and, by 1900, she and Gertrude had moved to Springfield, Illinois.